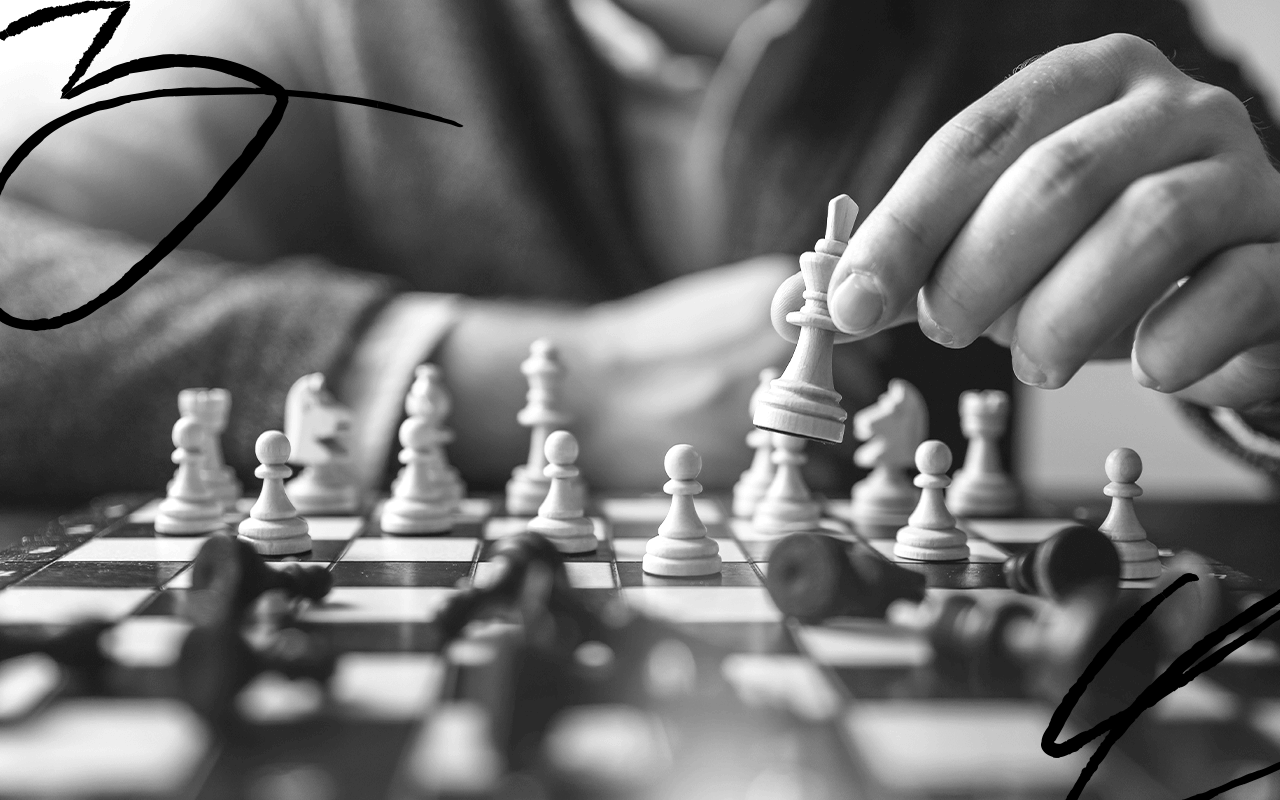 As with many of the concepts that orbit OKRs, there are many definitions of strategy and a surprising lack of good ones. Motivated by the confusion we saw in the eyes of our employees and customers, we decided to write a short post about strategy.

We work with the following definition:

Organizational strategy is the sequence of steps your organization needs to take to achieve its mission, and why this sequence is the best among alternatives in the path to fulfilling its mission.

Unpacking our Definition of Strategy

If we unpack this definition, we can better understand it.

First, there's a mission. A mission, in sum, is the attainment of an end-state - a vision - that hopefully means making the world better in some meaningful sense (more on missions here). Strategy loses meaning if there's no end-state in mind.

Second, there're steps or moves. Organizations are constantly changing aspects of how they operate in the world. They are launching different products, serving different customers, solving different jobs-to-be-done, operating in different countries, etc. Organizations can change these variables in specific sequences, among a plethora of possibilities. Apple, for example, can stick to computers or veer into phones. It can produce in China or in the USA. It can have an app store or just let people install whatever they want on their phones. Since change is the only constant in free markets, taking these steps in one sequence or another has consequences that will undoubtedly impact its chances of fulfilling its purpose.

Third, and significantly related to the last point, there's one chosen sequence amongst alternatives. Strategy is what the organization understands as the best sequence of steps to take, among numerous alternatives, known or unknown, articulated or unarticulated. Apple chose to get into MP3 players before smartphones. Could it have done the opposite? What if it had stuck with IPods and not produced iPhones? You get the picture.

Fourth, and last but not least, we're looking for the best sequence. The best sequence is the sequence that the organization believes improves the odds of it fulfilling its mission.

To bring more color to such an arid subject, let's use Elon Musk and his companies as examples.

Elon Musk is the master organizational strategist and surprisingly open about the strategies of two of his many endeavors: SpaceX and Tesla.

As you might know, the company's mission is to help humanity preserve Earth by reducing the amount of pollution we produce by changing how we generate and consume energy.

The strategy, or at least a major part of the strategy, was to accelerate humanity's shift towards electric vehicles, which are a massive source of pollution, but most specifically - and that's where it gets really strategy-y - to start with a luxury sports car aimed at very demanding customers, and use this first milestone to produce a more affordable car - Model S - and repeat that more-affordable-to-less-affordable move until Tesla could sell an electric car for the masses, which would mean, to a great extent, mission accomplished.

SpaceX's strategy was, at least to my knowledge, not as openly articulated but can be very easily pieced together by watching a few of Musk's interviews.

Again, it starts with a mission, which is to help humanity thrive as a species by making it multi-planetary in case the Earth is destroyed.

The strategy is to first establish a commercial operation helping NASA and private companies send cargo and people to Earth's orbit. Such a commercial enterprise will then generate the cash necessary for SpaceX to reach the next milestone, which is to send people to Mars and bring them back safely. Mars would then be the first major colony, where we as a species could learn how to live in less-friendly environments and eventually gather the resources necessary to venture even farther into space.

Strategies can be Nested

In an organization, work doesn't stop with the definition of an organizational strategy, which is very long-term and wide in scope. We can break down such a strategy into smaller strategies that nest into each other - necessarily and snugly fit -, just like Russian matryoshka dolls.

In SpaceX's examples, we could infer that within the larger strategy-towards-the-mission, there's a commercial strategy around which types of customers to serve and which kinds of cargoes to ship to Low-Earth-Orbit to maximize the chances of achieving the wider-scope strategic step of a profitable commercial enterprise. We can also infer that there's a financing strategy around delaying an IPO as much as possible (versus going public early on) and consequently using other sources of financing.

The backbone on which we base our definition can be used to think about product strategy, something we struggled with a lot after reading many failed (confusing, contradictory, etc.) attempts at a definition (such as this and this).

If we get to the essence of our definition, we're essentially talking about a path that maximizes the chances of reaching a destination or vision. Applying this logic to product strategy, we get something like the sequence of steps (i.e., jobs-to-be-done solved, personas served, features built [1], etc.) that will enable a team to reach its product vision. That's a pretty practical definition and can be used in nested scopes: a shorter-term product strategy that explains shorter-term decisions and a super long aspirational product strategy that gives people a general direction.

Many people define strategy as "how an objective is achieved." We think there is truth to this definition, but it's misleading. See, one could argue that Tesla's Master Plan is "how" the company's mission is going to be achieved. But when we zoom into smaller scopes, people tend to confuse "how" with action plans, more or less specific actions we need to take. For example, if we want to build a house, we must pick a plot of land, draw a project, build the foundations, then the columns and structure, then walls, ceiling, fixtures, decorations, and then we're ready to use it. But that doesn't look like a proper strategy. If we look at this series of steps on the one hand and Tesla's Master Plan on another, the difference seems clear.

[1] We won't get into the roadmap-or-not-roadmap discussion in this post, but more about this in our post about using OKRs in product teams.

Strategic planning and OKRs (in times of crisis) 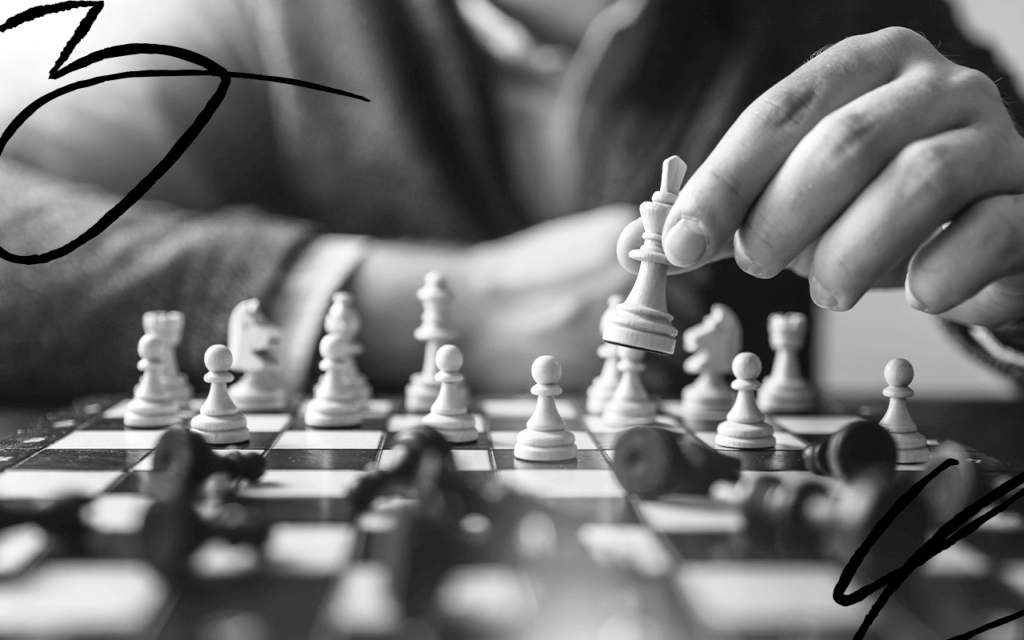 On the "sport" of startups 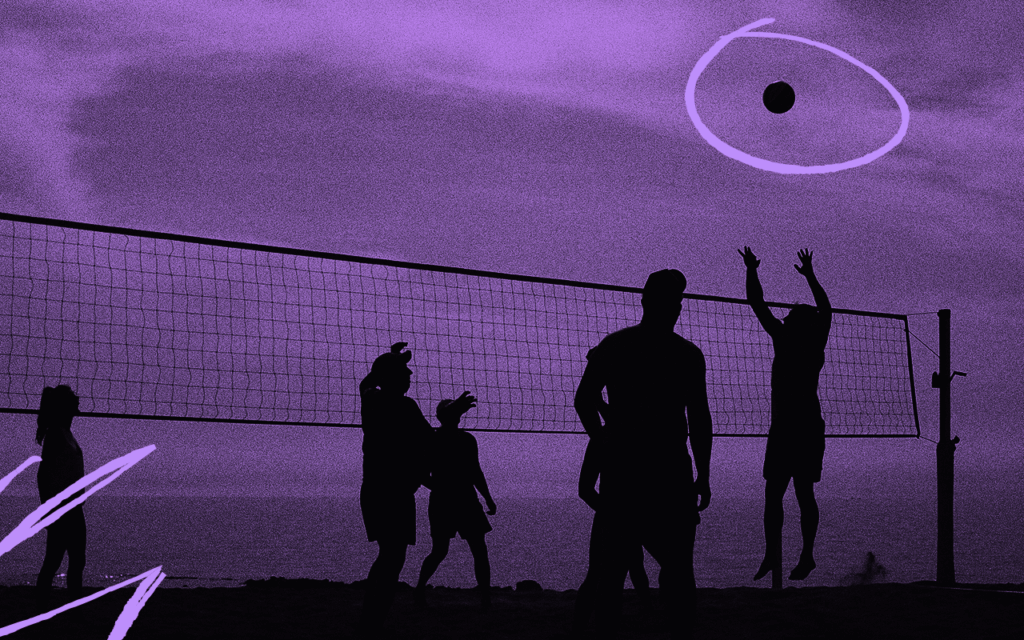 Founding and running a startup is kind of a sport of its own when compared to founding and running other types of companies (e.g., "lifestyle businesses" [2], restaurants, etc.), just like running 100m sprints at the Olympics is a discipline of its own, when compared to, for example, running marathons competitively, running the half-marathon of half-Ironmans as a hobby, or jogging on weekends to lose weight.