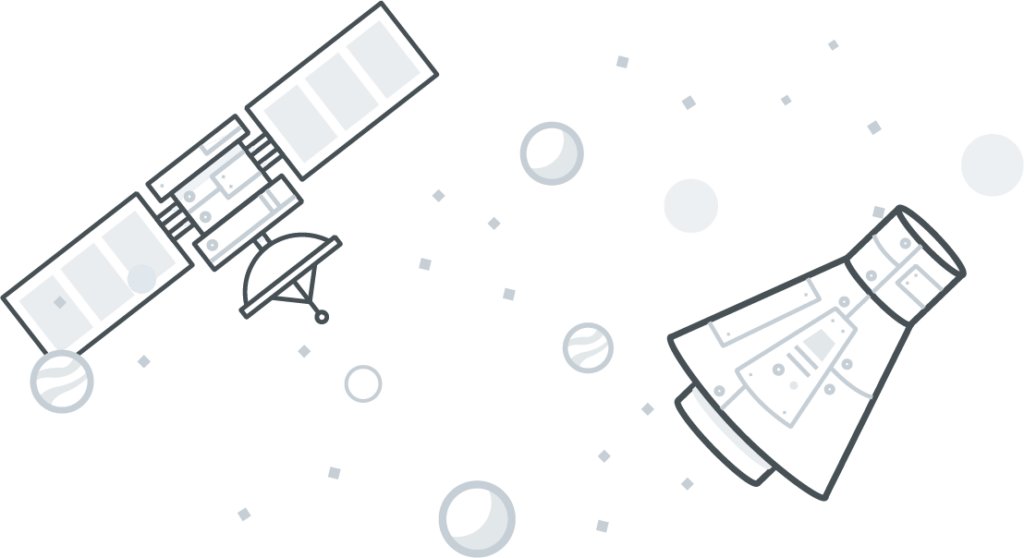 OKRs are goals. So why all the fuzz? Great point. OKRs are an adaptation of the traditional practice of MBOs suited to the more unstable and competitive reality of today’s companies. Given this, let's to understand the main differences between what you see Fortune 500 companies doing and what we know as OKRs.

In many respects, a well-done practice of OKRs closely resembles what one reads in Total Quality books from the 80s and 90s, like those from Michele Bechtell and Pete Babich. However, most big companies have disfigured the practice and hijacked it for compensation purposes. We believe that’s the root of all of what’s wrong with goals.

The main difference between OKRs and Fortune 500 goal management is the degree of linkage between goal attainment and employee compensation. When this link is broken, a number of possibilities open up that make goal management much more effective and engaging.

In these organizations, how much of a goal is achieved isthe basis for employee variable compensation, known as“pay-for-performance.” If she reaches 100% of her goals,she makes Y times her monthly/yearly salary.

Some companies may even mingle this formula with corporate-level goal triggers, which can increase or decrease distribution. In these cases, nobody may earn bonuses if the company doesn’t reach, for example, 70% of the EBITDA goal. Other companies may also factor in team-level compensation, so that the employee is encouraged to cooper- ate with her teammates while reaching her goals.

One of the problems with that is that it can lead to an effect called sandbagging: employees tend to whine to managers and schmooze up to them to negotiate easier goals, so they can have a better chance of reaching them.

It also leads to ethical problems like what happened to Wells Fargo and its executives, who were opening fake accounts in the name of customers and “selling” these customers products they had goals on.

With OKRs, the percentage of achievement of an Objective or its Key Results doesn’t matter that much. The actual results achieved are what’s important, or the numerator. In Fortune 500 goals, the quotient (percentage of comple- tion of a goal) is what matters, as a proxy for the results achieved.

All the following differences, which can be counted as OKRadvantages, derive from this partial detangling of OKRsand compensation.

It must be noted that the fact that goal-attainment isn’t directly used as a proxy for performance, and thus pay-for-performance schemes, doesn’t mean compa- nies that use OKRs are less meritocratic. Quite the contrary can be possible.

Employee’s careers should still be advanced based on merit. Great performers should still be directed the bulk of the companies scarce resources, like money, opportunities, and challenges. But the process of al- locating these resources won’t be derived from a simplistic mathematical formula (like if you reach x% of your goal you make y% of salary as bonus,) which encourages sandbagging, unethical behavior, and excessive complexity. Bonuses and other forms of incentives will be derived from manager discretion based on a lot of deep, meaningful discussions, and on the actual results achieved.

At its most fundamental level, OKRs are set and reset in shorter cycles, ranging from 1 to 6 months, while the traditional goals tend to be run on annual cycles. OKRs also work on nested cadences: As you’ll see, the short cycle, which is the fundamental unit of OKR management, ranges from 1 to 6 months, depending on the maturity of the business and the practice. These short cycles are nested into an annual cycle, which is nested into a strategic cycle (from 3 to 10 years), which is nested into the company’s mission and vision. Just like Russian dolls.

OKRs are public by default. That means the great majority of individual and team OKRs will be open for consultation by anyone in the company. Exceptions apply to confidential stuff like mergers, cost reduction plans that may imply layoffs, etc.

Transparency leads to more alignment and commitmenttowards the goals. Alignment because people can resolveconflicts and dependencies faster. Commitment becausepeople know how their work impacts the bigger picture.

OKRs are set in a more decentralized way, giving morevoice and participation to teams and their members.

In Fortune 500 goal management, goals can be deployed from the top-down in a formal and rigid way, by a strategic planning or business intelligence team. People have no say in the process, and therefore may feel much less commit- ted to goals that were set for them.

OKRs, on the other hand, are more engaging: employees are encouraged to set their OKRs themselves in line with other, higher goals (such as their team’s or the company’s), and then discuss them with managers for cohesion and alignment.

But beware: That doesn’t mean the process should be chaotic or unsynchronized. Alignment is of the utmost importance, and should be a primary goal of the process. People need to row in the same direction, so having a more bottom-up process doesn’t mean that people can set their goals however they want or pick projects without reasoning.

This is a polemic topic.

Google defends that OKRs be set very aggressively, so that hitting 70% of them takes a lot of effort. They say that if you’re reaching all 100% on your goals (or 1s - we’ll see more about Google’s OKR grading system shortly,) they’re too easy. They also say some of your goals have to be even more aggressive, what they call “moonshots.”

Anyway, what matters is that when OKRs are set with less of a link to compensation, they can also be set more aggressively, which, as proven by Locke and Lathan (we saw that earlier), leads to better performance under other conditions (like these goals being achievable and the “owners” feeling committed to them). The idea is that if the company as a whole aims a bit higher, it will achieve better results. 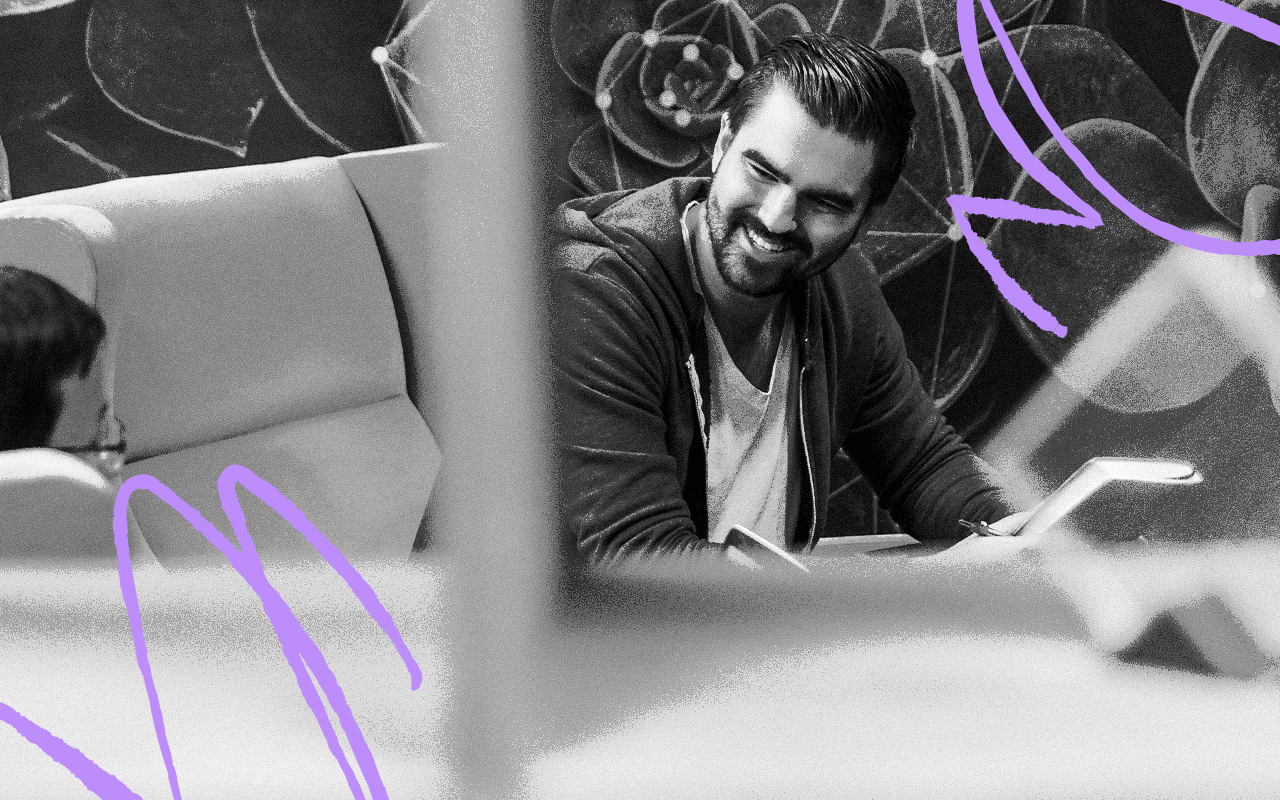 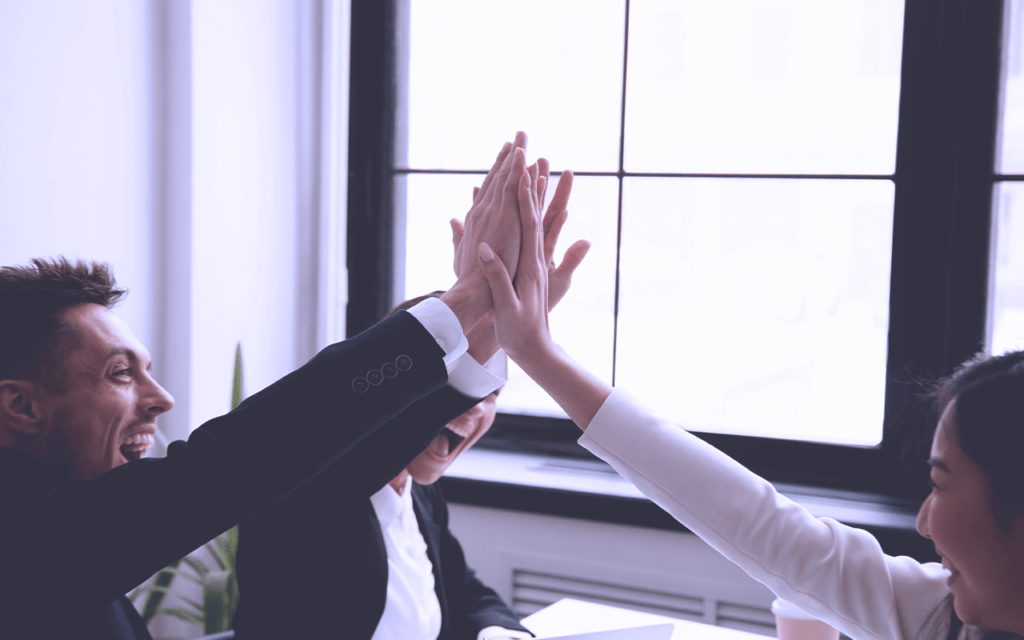